Ready for a better way to use digital music in the studio? Click to check out Ballegro! Discount Code: THEBARREPIANIST2020 for 10% off!

One of These Things is Not Like the Other! 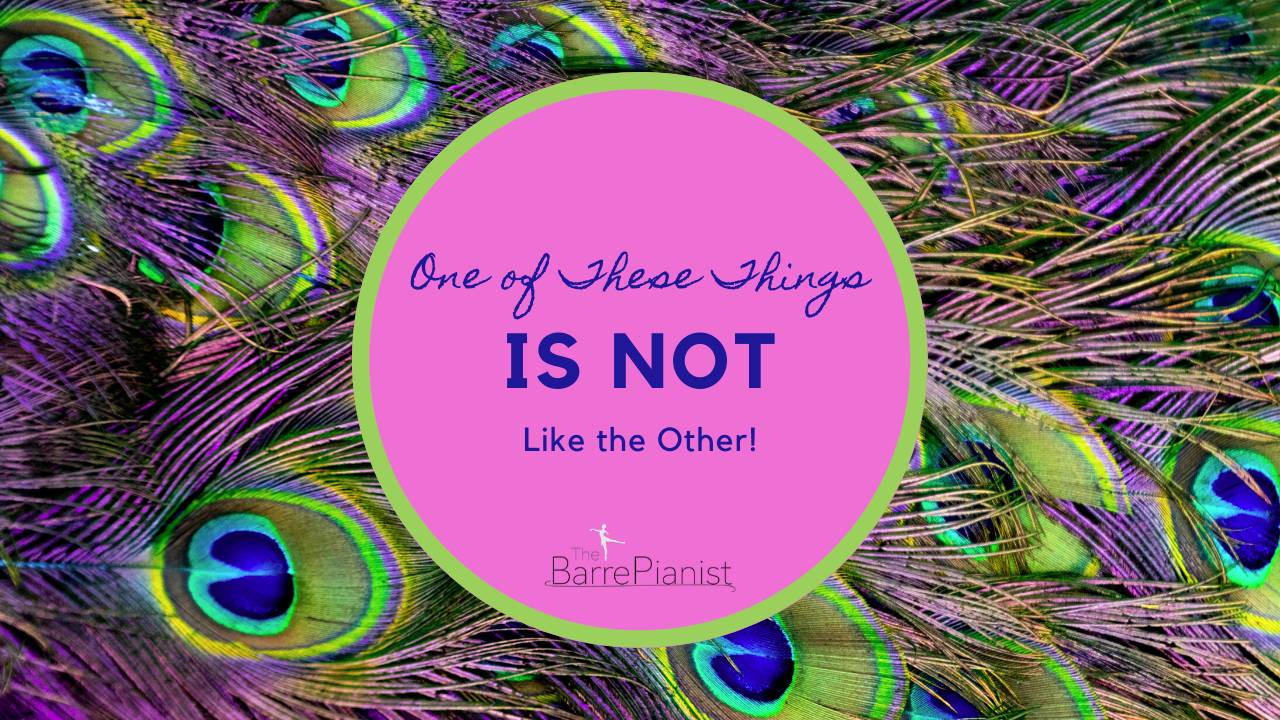 Today's blog on codas/galops harks of the old Sesame Street song, "One of These Things is Not Like the Other". If you watched Sesame Street a lot as a child, you may remember it (Big Bird singing it). Below, I have 4 statements based on musician's terms, the game is for you to see if you know which one is not true!

4 Statements (based on musician's terms), which one is NOT true?

Let's take a quick walk through each of these statements to find out which one is NOT true!

Chaines are fun! Oh yeah, that's a true statement. Full disclosure, I'm not a ballet  dancer, but, they sure look like fun! Spinning and spinning to fast music. Sign me up yesterday! They are fun for me to play for, at the very least.

6/8s are for galops. That would definitely be true! A lovely little 6/8 jig, or if you want something more specific to get the time signature in your head think of one of these tunes: Sponge Bob theme, A Horse is a Horse or the Mexican Hat Dance!

Galops are for chaines. True statement! Right about now you are likely cocking your head sideways and thinking to yourself, "what? That doesn't make sense.. a Galop is 6/8 isn't it? That's not the music I want.. isn't a galop a 6/8?"  Surprise, musicians have a style of music called a galop! If you listen to one, it is the "coda" that ballet teachers all around the world LOVE and use for turns, chaines, fuoettes, big jumps from the corner, etc. It's that quick 2 feeling in the left hand while the right hand plays the melody at, generally, half the speed of the racing left hand. (Galop Infernal:Offenbach). Did you listen to it? Do you hear the coda that you ask for, if you work with a musician? Turns out, you actually want a galop. I know, that feels weird to ask for a galop because the music you would want for galop movement is a 6/8, but, galop music is the 2/4 music that you know, want and love!

This leads us to our final statement..

Codas are for chaines. If the other 3 statements are true, then this one must not be, but how can that be? Even the most experienced ballet teacher defaults to asking for a coda! It's so common that I would say it actually sounds strange, even to me, when a ballet teacher asks me for a galop. I end up double checking that they know what they're asking for because I get asked for a coda so often!

At this point it's super important to understand what coda (ko:da) actually means.

In musician's terms (remember that's what we're talking about here), a coda is an expanded cadential ending to a larger piece of music. It could be just a few bars of music, OR a whole section of music. A musician's coda could be any time signature and is an ending/tail to a piece of music or song. If you think of the Na, na na, na na na na ending to 'Hey Jude', that's a coda. It's the ending to the song.

By now you're wondering to yourself why on earth the term 'coda' has come to mean a galop to most ballet teachers. To be honest, I had to do a little hunting to fully understand this, but, here you go!

There is often a Coda as the final dance in a suite of dances or the grand pas in a ballet, and, it is usually a 2/4, however, that 'coda' label on the top of the music is not because it's a 2/4 coda, but because it's an ending/tail to a larger suite of dances. It is the coda to a collection of dances, not the musician's coda. Crazy right? 'Coda' has come to mean 2/4 galop to most ballet teachers/masters because of how often the 2/4 galop is the final dance in a suite of dances and, with that position, it's the coda of the dances. That 'coda' title actually has nothing to do with the fact that it's 2/4 music!

Did you see that coming? Learn something new everyday right? Have a great week and keep your eyes peeled for my youtube Christmas music posts if you enjoy using Christmas music for your ballet classes! I'm currently posting quite a few casual fun 'square' recordings of Christmas music!

Working with a pianist soon? Do you wish you felt more prepared?

Sign up here to nab your free 3 page PDF guide for ballet teachers who want to be more prepared and capable when it comes to working with a pianist!

(I promise to never, EVER, give or sell your email address to anyone because I wouldn't want that done to me!) 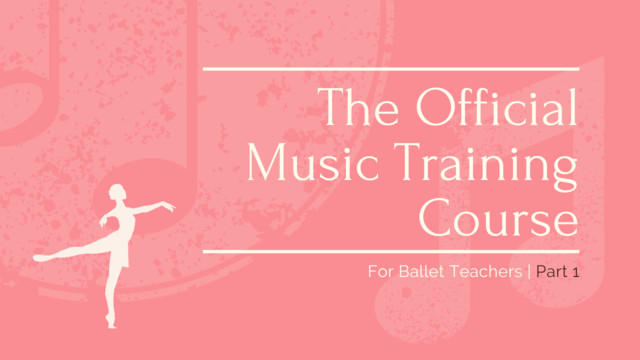 Do you enjoy learning? 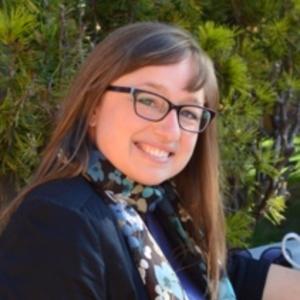 Who is the barre pianist anyway?

Lorel Leal is a top notch ballet accompanist extraordinaire who is dedicated to leaving the studio a happier and more pleasant place than when she went in. By playing “fun” and unusual songs that everyone knows interspersed by classical favourites, Lorel brings a smile to each dancer and teacher’s face as she enters the ballet studio.

Want a fun music challenge for your students?

Grab this custom music quiz for your students. 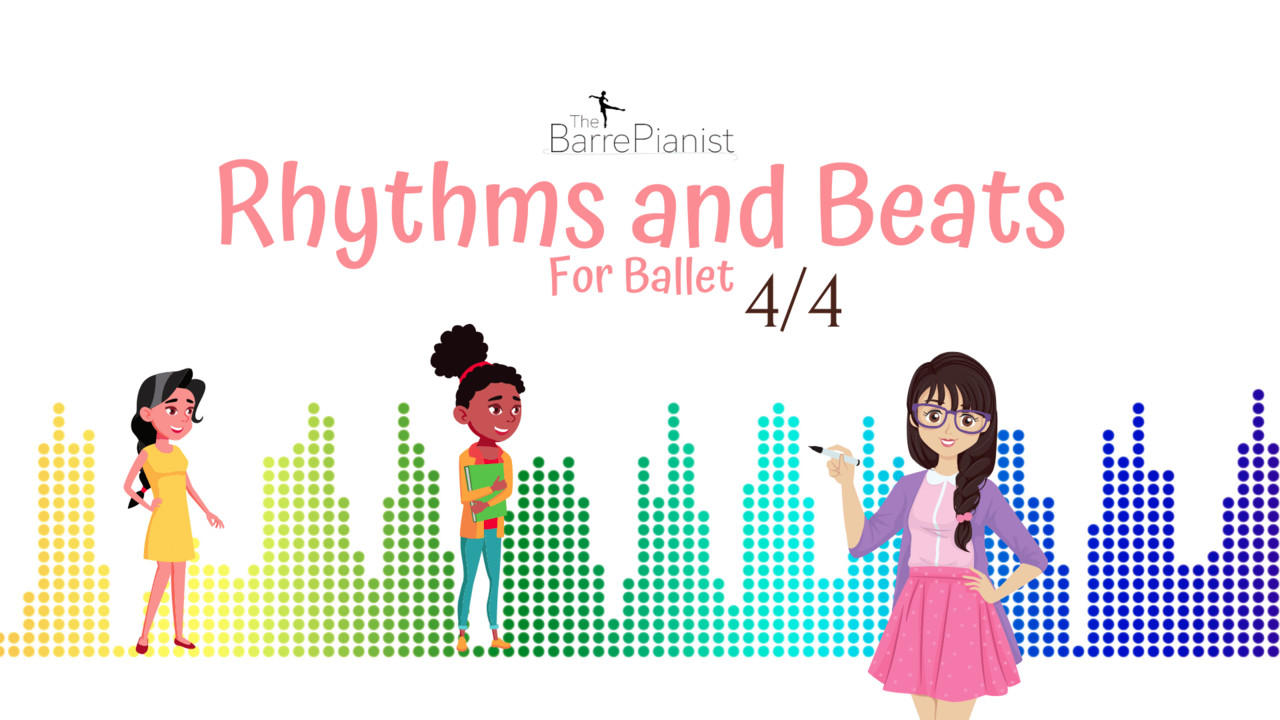 They'll learn how to clap the beats, the bars, dancer counts and MOVE to the rhythm without you needing to say a word!

The teaching videos are FUN and could be used on zoom with screen share if you needed to!

It was great to see you here..

Hang on, have you signed up to get a free recording?
Close 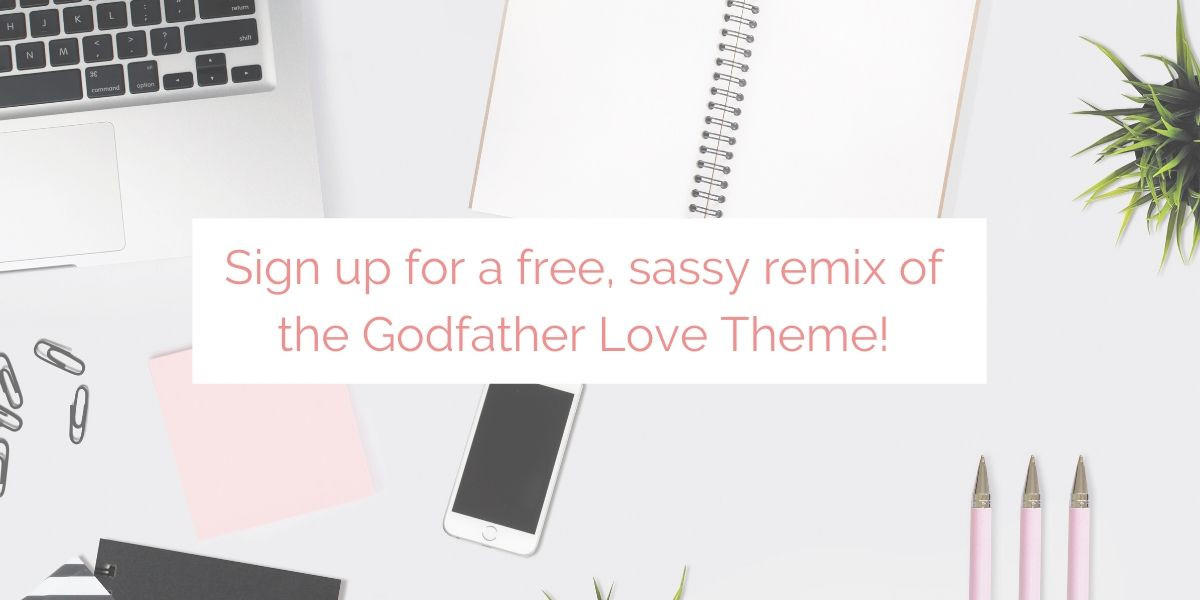 Hey! Great to see you here! Listen, if you're a ballet teacher who loves to learn about music in relation to ballet classes, you're in the right place!  Sign up to get a free recording and stay in the loop with monthly newsletters and alerts about new blog posts.